Thanks to the generous support of the Kramer-Lems Foundation, metal restorer Arie Pappot was able to begin doctoral research (RMA/UvA) in 2013 on the development of the copper and bronze industry in the seventeenth-century Netherlands. 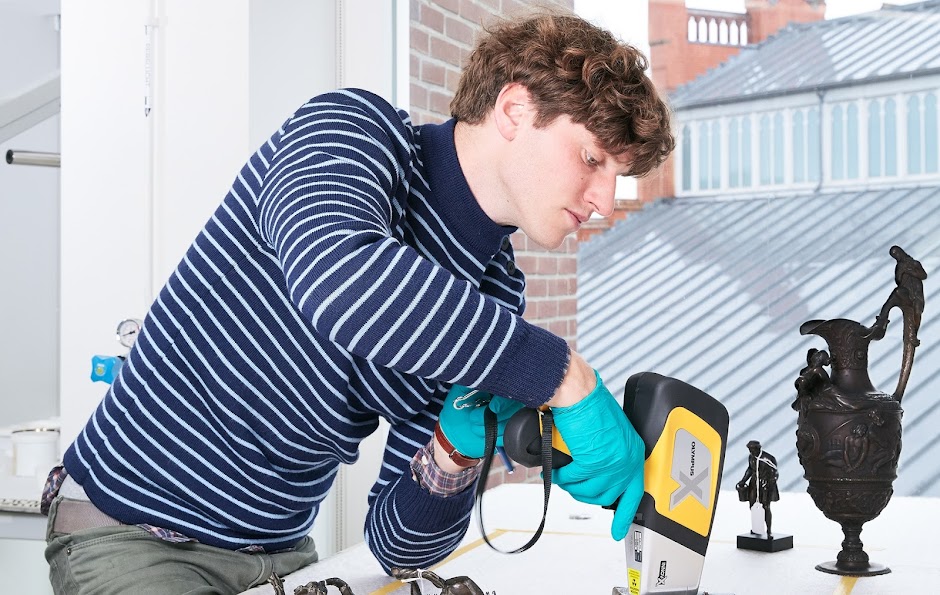 Age of an object

''Sometimes there are doubts as to how old an object is or where it was made. Technical research can help answer such questions. During a previous appointment at the Rijksmuseum, as a junior restorer from 2009 to 2012, I used technical methods to study a number of bronze objects in the collection. Among the techniques I used were certain tests that give highly detailed information about the alloy composition of bronze objects. The resulting data can then be used to compare them to that of other bronze objects. However, I realized that in order to really make sense of these data you also need to have a clear picture of the technological knowledge of the local casters and of the metals they had at their disposal. Unfortunately, that’s not readily available for Dutch bronzes at present.''

''With my doctoral research, I’m hoping to change that. I am focusing mostly on the seventeenth century as this was a period when the Dutch Republic was a key hub in the metal trade and a fair share of casting was done here. Not only clocks and cannons, but also sculpture. At the moment, I’m working on identifying the specific metals and technological knowledge that were available here at the time. For the second part of my research, I will be comparing these data with the material characteristics of objects that we know were cast in the Netherlands in the seventeenth century. Clocks and the cannons manufactured for the Dutch East India Company are best suited for this, as they are dated.''

''Ultimately, it would be great to have a means to better interpret the complex data from alloy analyses. That way, you could establish that, for instance, characteristics A and B derive from Swedish copper imported by the Netherlands at the time. This branch of technical art history is really still in its infancy now. But, thanks to the support of the Kramer-Lems Foundation, the Rijksmuseum can make a significant contribution to this new discipline.''