They are among the most sophisticated and mysterious works of Dutch art: the masterfully carved figurines, miniature shrines, coffins, skulls and prayer nuts from the 16th century. No fewer than 60 of them from around the world will be on display during the 'Small Wonders' exhibition.

This is the first time that so many examples of Dutch micro-carving from the late Middle Ages can be seen in one place. The exhibition was set up in collaboration with the Art Gallery of Ontario (Toronto, Canada), The Metropolitan Museum of Art (New York, USA) and the Rijksmuseum. Apart from objects from these museums, loans are on display from elsewhere including the Louvre, the Victoria & Albert Museum and the Schatzkammer der Residenz München. 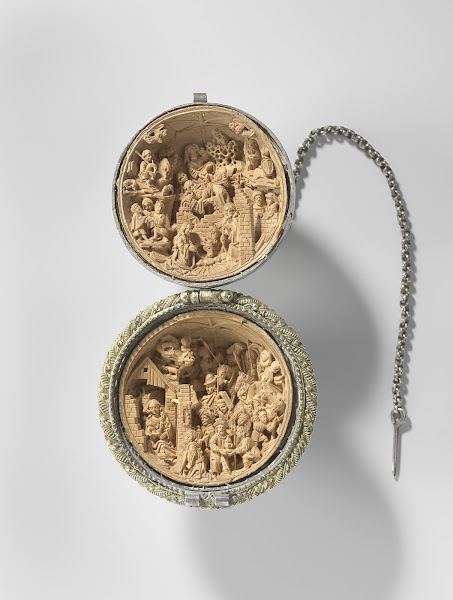 Prayer nut with The Nativity and The Adoration of the Magi, Adam Dircksz. and workshop, c. 1510 - c. 1525For centuries people have been fascinated by Dutch micro-carvings from the late Middle Ages. How did they know how to produce such rich and detailed Biblical scenes on such an unimaginably small scale? A team of art historians and curators from the Rijksmuseum, Art Gallery of Ontario and The Metropolitan Museum of Art has carried out extensive research into this in recent years. The latter two institutions focused on technical research into the production techniques used in micro-carving. The Rijksmuseum especially carried out art historical research into the producers and buyers, as well as the use of particular artworks.

One of the findings is that the majority of micro-carvings are so technically and stylistically consistent that they must have come from one particular workshop. That workshop was led by Adam Theodrici (‘Adam Dircksz’), whose signature appears on one of the prayer nuts. One of the exhibition’s highlights is the prayer-nut of the Crucifixion and Christ before Pilate from The Metropolitan Museum of Art. This piece shows in all its glory the craftsmanship of its creator Adam Dircksz. A remarkable detail is the little figure sitting in the front and wearing glasses, almost as if the micro-carver subtly invites his public to a close visual exploration of his tiny works.

Equally surprising is the finding – based on identifying and tracing the whereabouts of some of the purchasers and early owners of these micro-carvings – that his studio was not in the Southern Netherlands, as was long assumed, but must have been in the north, possibly in Delft. This discovery challenges the often prevailing view that the flourishing of the arts in the late Middle Ages occurred mainly in the southern provinces of the Low Countries. 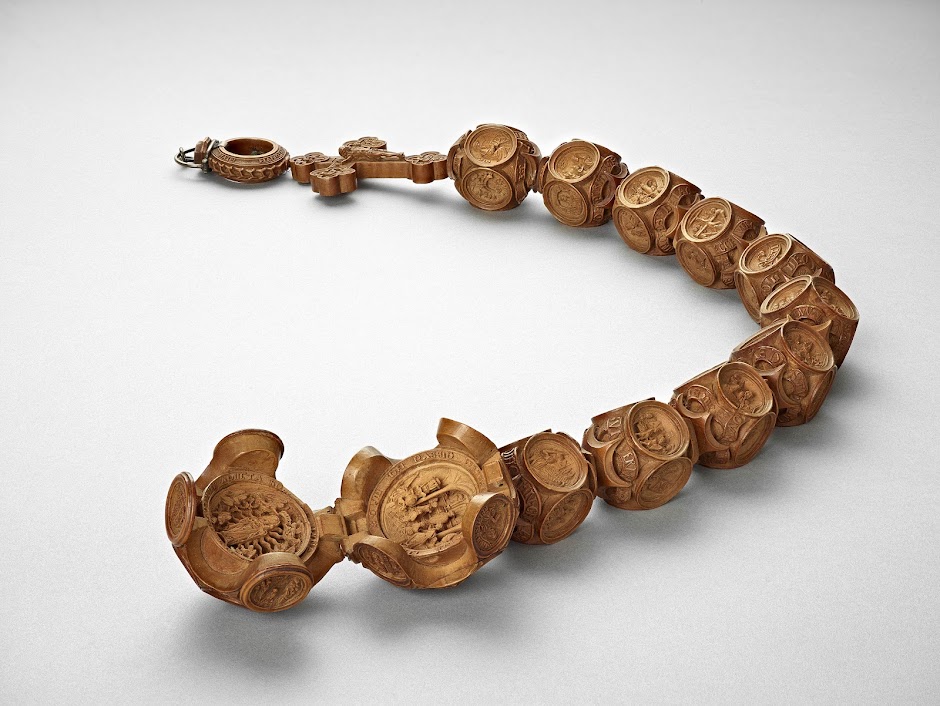 Paternoster bead made for King Henry VIII of England and his wife Catherine of Aragon, Adam Dircksz. and workshop, 1509-1526, The Trustees of the Chatsworth Settlement

It has also become clear through recent research that these miniature boxwood devotional items served not only a religious purpose (i.e. to support prayer and devotion), but also had a certain element of play and entertainment to them. Their complexity draws the user into a playful, visual hunt for unexpected ways to unlock them and discover their hidden images. This playful aspect requires greater concentration and deepens the meditation.

Small Wonders will run from Saturday, 17 June to Sunday, 17 September 2017 in the Philips Wing of the Rijksmuseum. The exhibition was previously shown at the Art Gallery of Ontario (Toronto, Canada) and The Metropolitan Museum of Art (New York, USA).

The exhibition Small Wonders is made possible by the Pot Family Foundation/Rijksmuseum Fonds and Holland America Line.

Zoom in on the smallest details