Rijksmuseum exhibitions tell stories – stories that generate dialogue and offer a range of perspectives on the collection. We achieve this by placing the collection in an international context and by highlighting socially relevant topics that have so far received insufficient attention.

Slavery is an integral part of history, a history that concerns us all. Engaging in depth with our slavery past to form a more complete picture will help us better understand Dutch society today. This is why the Rijksmuseum – the Netherlands’ national museum for art and history – will next year stage an exhibition on the theme of slavery. 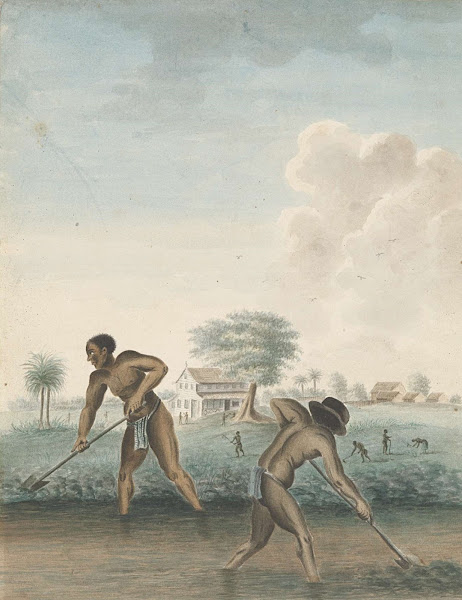 Slaafgemaakte mannen werken op het land, anoniem, ca. 1850The exhibition focuses on slavery in the Dutch colonial period, from the 17th to the 19th century, with a focus on countries and regions in which the Netherlands was involved in slavery and the slave trade. This means that as well as looking at the Dutch West India Company (WIC) and its role in transatlantic slavery (the Netherlands-Africa-Americas trade triangle), we will also devote attention to Dutch colonial slavery in the countries around the Indian Ocean where the Dutch East India Company (VOC) was active. We will further address the effects of the slavery system on the Netherlands in this period. The exhibition will give expression to a geographically wide-ranging, but nonetheless specifically Dutch perspective that has never before been represented in a national museum.

The structure: Ten true stories from our slavery past

In the colonial period, human beings had their status reduced to that of personal property, to entries in the accounts. One result of this is that it is difficult to trace the names and personal histories of enslaved people – and what would we learn anyway from knowing the names of people in slavery, if the names were given not in freedom but by those who appropriated their bearers as their personal property? We have nonetheless chosen to centre the exhibition around ten historical figures who lived in this period. They include enslaved people and slaveholders, as well as individuals who broke the shackles of slavery, an African servant in the Netherlands, and an Amsterdam sugar industrialist. What was life like for them? What was their relationship with the slavery system? Were they in a position to make choices for themselves? The exhibition will not provide ready-made answers for every question. Rather, it will encourage visitors to contemplate a system that treated people as property. Adding names and faces to the history of slavery will make the subject accessible and palpable to a broad public. 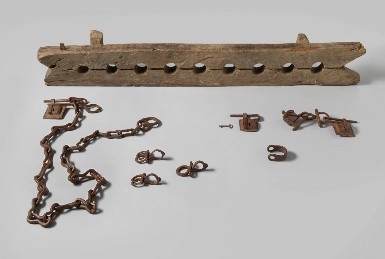 Foot block and six gyves belonging to the foot blockOne of the people whose story we tell in the exhibition is João Mina, an enslaved man from Elmina in Ghana, West Africa. Like many thousands of others, he was transported by ship to Brazil and sold off into forced labour on one of the country’s hundreds of sugar plantations. In 1646 he managed to escape from his Portuguese owner. Later João was interrogated by the Dutch, and he became an important informer for them about the position and activities of their Portuguese enemy. Reading between the lines of the report on João’s interrogation gives an insight into the life of this enslaved man and into colonial society as a whole in Dutch Brazil. 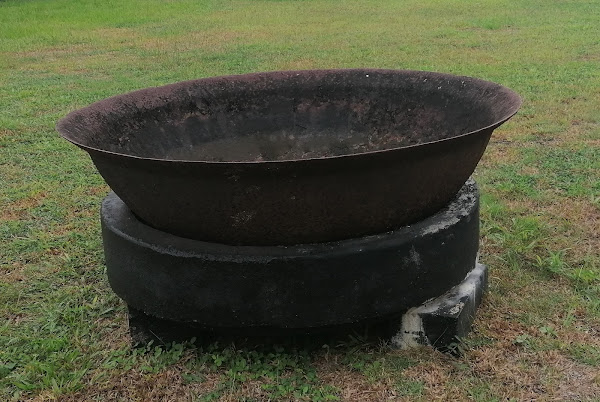 Kappa, iron kettleThen there are the stories of Wally and Witsen. Wally was born into slavery in Suriname, where he worked on the plantation owned by Jonas Witsen, Amsterdam’s town clerk from 1693 and 1712, and the owner of three plantations. In 1707, Witsen, who was based in Amsterdam, started imposing increasingly stringent regulations on his Surinamese plantations, which prompted Wally and the other enslaved workers to rise up against the already harsh regime. These events were witnessed first-hand by Dirk Valkenburg, an artist whom Witsen had sent to Suriname to inspect his property and record it in paintings. It is thanks to his work that we can show the faces of these enslaved workers whose names are recorded in the court archives, along with the words they spoke during questioning in 1707. 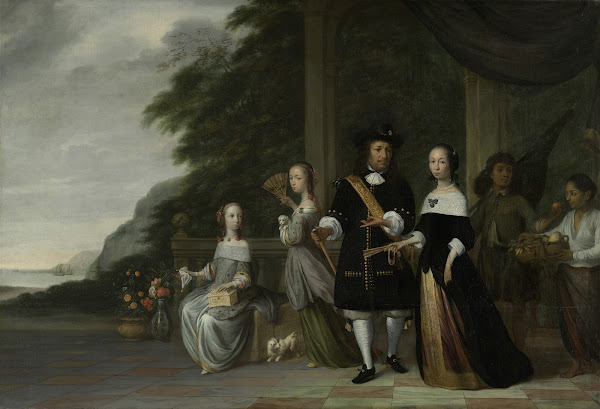 Jacob Coeman, Pieter Cnoll, Cornelia van Nijenrode and their Daughters, 1665. RijksmuseumA third story concerns Surapati, an enslaved domestic servant working for the Cnoll family in Indonesia. Surapati rebelled against not only his own oppression, but also Dutch domination of the region as a whole. He escaped servitude and went on to become a powerful opponent of the VOC’s military might. Today he is one of Indonesia’s national heroes.

What we will show in the exhibition

The objects that have been collected by museums generally lend themselves primarily to shedding light on the enslavers’ stories. Consider, for example, a painting of a plantation in which the landscape and buildings are shown in detail, but the enslaved people are not depicted. Enslaved people were not permitted to own their own property, and few of them had the opportunity to learn to write. How, then, should one go about curating a polyphonic exhibition?

To paint a more complete picture, the exhibition will include objects that have never before been seen in the museum. They include items such as shackles and a branding iron – which focus attention on the constrained and violent conditions under which labour was carried out – as well as items that were integral to the spiritual lives of enslaved people. Objects such as these bring us closer to the reality of what it was to live in slavery. To further ensure balance in the exhibition, visitors will hear testimonies from the period: oral histories of enslaved people that have been passed from generation to generation. This approach will also clearly demonstrate the potential of using both material and immaterial sources in constructing the historical narrative.

Look At Me Now 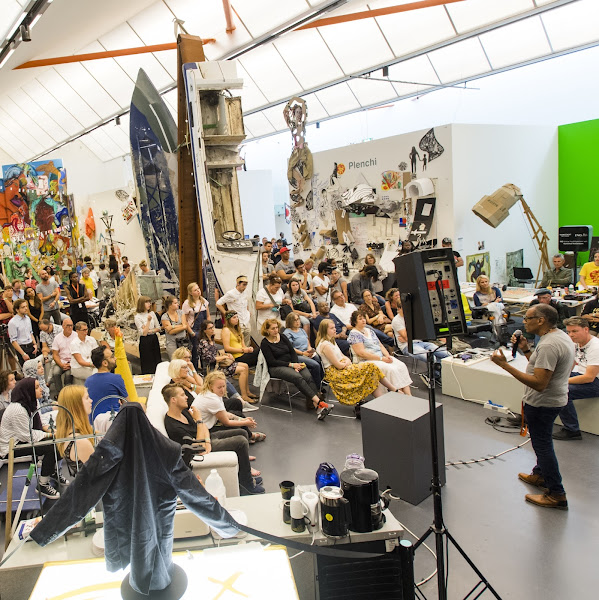 Tirzo Martha en David Bade in 2017 tijdens All you can art in de Kunsthal RotterdamIn the final section of the exhibition, visitors will be able incorporate their impressions and reactions in the Look At Me Now project: with the help of artists David Bade and Tirzo Martha from Instituto Buena Bista in Curaçao, they will contribute to ten new art works based on the ten personal stories told in the exhibition.

Who is making the exhibition, and who are our partners?

The team of curators working on the exhibition is formed by Eveline Sint Nicolaas, Valika Smeulders, Maria Holtrop and Stephanie Archangel. Each of the curators has been working on an individual basis with a large number of people with wide-ranging expertise and backgrounds.

The Rijksmuseum is not the pre-eminent centre of knowledge on slavery, and for this reason we are working closely with various people in the Netherlands and abroad. In addition, a think tank was set up at the start of the process to contribute a critical perspective. 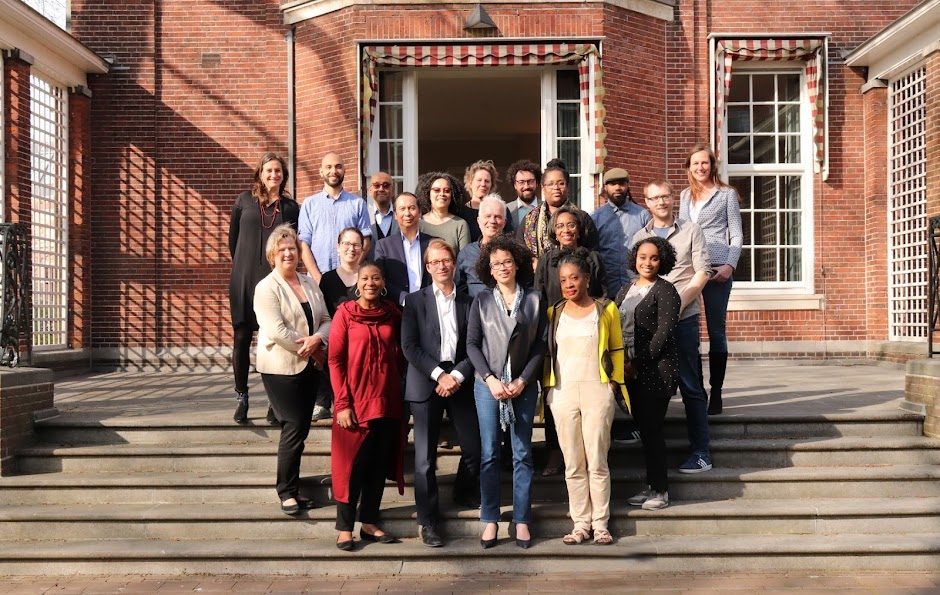 Theatre director Jörgen Tjon a Fong co-conceived the approach to conveying the narrative of the exhibition and collaborated on the audio tour. The museum commissioned the architectural agency AFARAI headed by Afaina de Jong to design the exhibition.

The plans for this exhibition were shared well in advance throughout the entire museum organisation. The Rijksmuseum has involved its staff in the process through use of the intranet, an internal focus group, meetings, tours and workshops. Staff members will also engage in roundtable conversations with the Friends of the Rijksmuseum.

The exhibition will be accompanied by a wide range of events both at the museum and elsewhere. 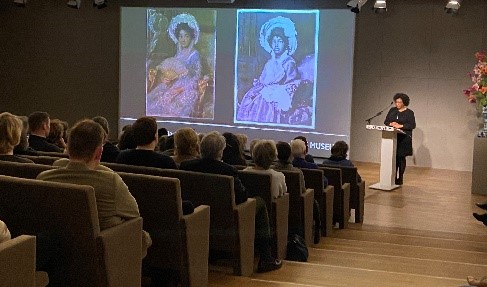 The plans for this exhibition are part of a broad and long-term policy of ensuring that the Rijksmuseum expands its role as a national museum of art and history for everyone. This policy fosters increased attention for colonial history from a variety of perspectives, and encompasses academic research, recent acquisitions, and critical re-evaluation of the collection. Examples include: