This summer the Rijksmuseum presents a major retrospective of 19th-century photography. Three hundred photos from the museum’s own collection show just how varied photography was immediately after its invention in 1839. The exhibition includes portraits, nudes, cityscapes and travel photos, as well as scientific and commercial photography, and the first amateur snapshots.

Today photography is a universal language that everyone speaks and understands, but this was far from the case in the early days of the medium. There is a vast contrast between the casual snapshots of today and the experiments of the earliest photographers, which took such great effort to produce. This new and magical medium caused a revolutionary shift away from the styles of imagery people were accustomed to seeing in paintings, drawings or engravings. Photography introduced an entirely new way of seeing and representing reality.

New Realities shows how people set out with their camera to explore the world, from personal life to the unfamiliar peoples of distant Asia. X-rays and photos of botanical collections will illustrate the use of photography in the scientific world. There are examples of practical applications such as police photographs of criminals, and the first uses of photography in advertising. The exhibition casts light on how photography established its position as an artistic medium, initially with subjects and compositions derived from painting. Finally, we see how amateur photography took off and the medium came to be used increasingly as a source of entertainment. 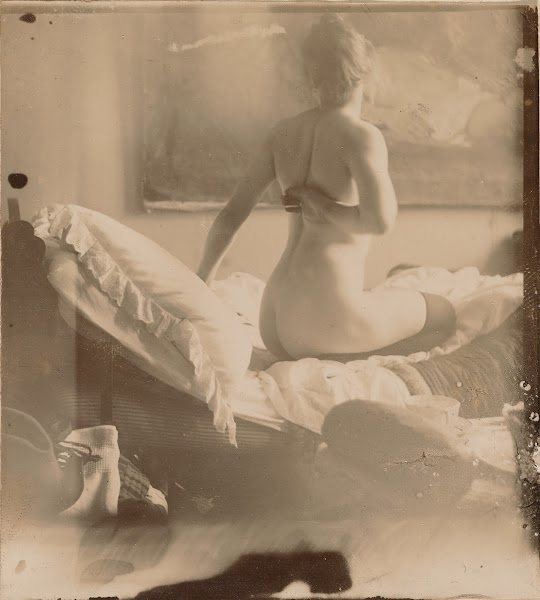 George Hendrik Breitner, Marie Jordan seen naked on the back, 1890. On loan from F.B. Douglas-ter Beek, Laren (Gelderland)All the photographs in the exhibition come from the Rijksmuseum’s own collection, which has gained major international status thanks to donations and financial support from individuals and sponsors. In large part the collection comprises unique albums and prints of which only a single specimen or a handful of originals exist. The Rijksmuseum collection now contains more than 150,000 photos from the 19th century to the present.

The exhibition will be accompanied by a catalogue, designed by Irma Boom. This book follows on from the previously published retrospective of 20th-century photography which accompanied the exhibition Modern Times in autumn 2014.

Concurrently with the New Realities exhibition, the Rijksmuseum exhibits Sea Views, a selection of contemporary photographic seascapes acquired as part of an anonymous donation, with work by photographers including Ray Metzker, Viviane Sassen and Franco Fontana. See also Photography exhibitions at the Rijksmuseum

New Realities. Photography in the Nineteenth Century | 17 June to 17 September 2017

The collection of 19th-century photography of the Rijksmuseum has been established with the generous support of private and institutional benefactors.