From 2 July to 2 October 2016 Marten & Oopjen will have a place of honour alongside The Night Watch. 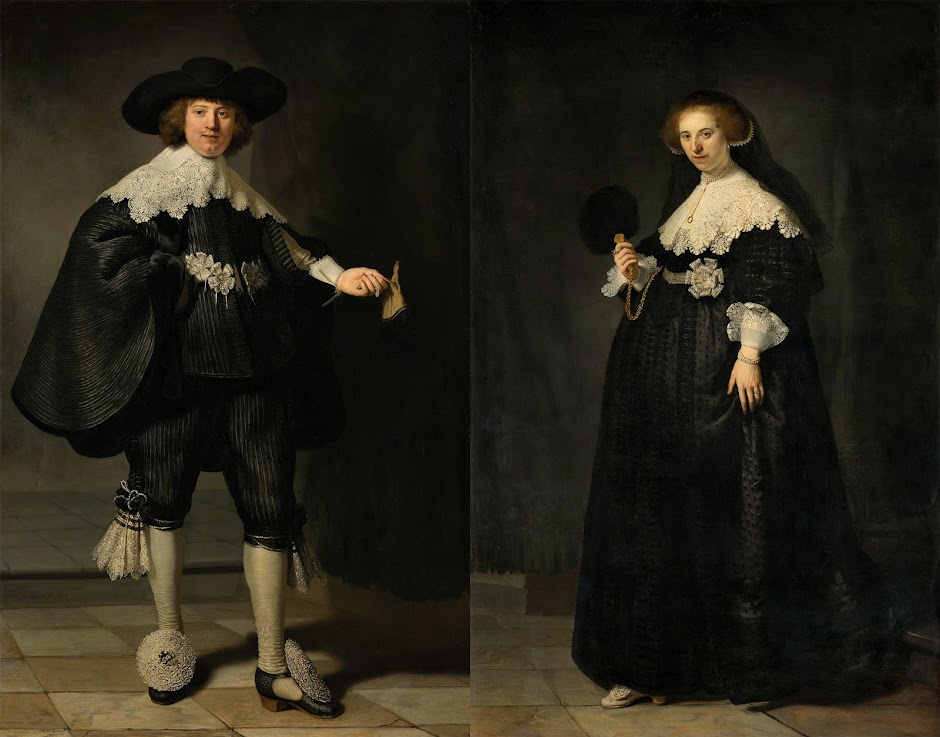 Rembrandt van Rijn (1606-1669), Portrait of Marten Soolmans , 1634. Oil on canvas, 210 x 135 cm. Acquired by the Dutch State for the Rijksmuseum / Portrait of Oopjen Coppit, 1634 Oil on canvas, 210 x 133 cm. Acquired by the French Republic for the Musée du LouvreEarly this year the two Rembrandt portraits were bought together by the Netherlands and France, a unique event. From 2 July to 2 October 2016 Marten & Oopjen will have a place of honour alongside The Night Watch. The paintings will then be restored at the Rijksmuseum. Rembrandt painted the marriage portraits of the newly-weds Marten Soolmans and Oopjen Coppit in Amsterdam in 1634, when he was twenty-eight. The portraits, more than two metres high, remained in private hands for almost four centuries.

Wim Pijbes, General Director Rijksmuseum: What no one thought possible is now reality: the most wanted and least exhibited Rembrandts in the world, in the Louvre and the Rijksmuseum in turn, in the public domain and within everyone’s reach.

Jet Bussemaker, Minister of Education, Culture and Science: I’m delighted because the paintings are now finally in public hands. They belong to us all, and everyone, young and old, can enjoy them. I would say – go and see them! 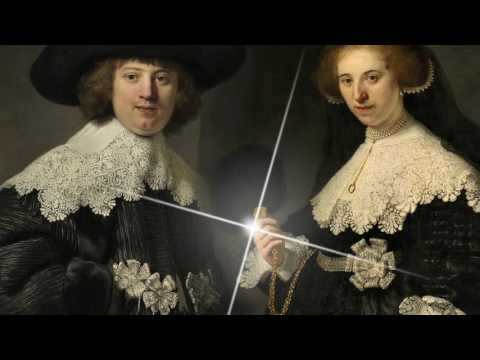 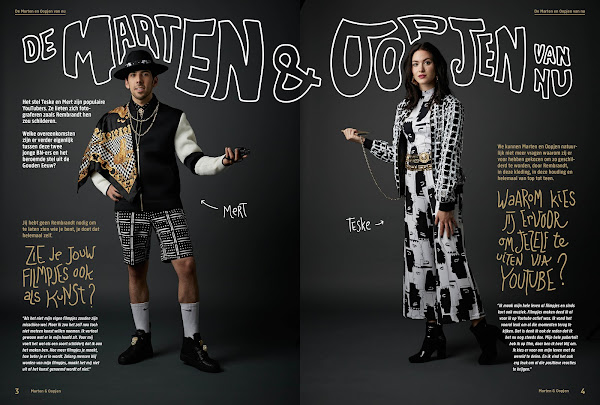 To celebrate this extraordinary acquisition, the Rijksmuseum is giving a Marten & Oopjen Magazine as a present to all Dutch primary school children. The magazine, written by children’s book author Jan Paul Schutten, is made possible by the Henry M. Holterman Fund/Rijksmuseum Fund. Its distribution is sponsored by ThiemeMeulenhoff.

In 1815 Willem van Loon marries Anna van Winter. Her heritage includes a large art collection, among which are Rembrandts masterpieces Marten en Oopjen. From 1 July the Museum Van Loon organizes a presentation on the couple Van Loon – van Winter, their eleven children, their country house Schaep en Burgh and of course the Rembrandts.

Who exactly were Marten and Oopjen? Jonathan Bikker, Rijksmuseum curator, carried out extensive research into the two portraits by Rembrandt. Among other things, he established the subject’s name is Marten and not Maerten, as was always assumed. All his findings have been published in Two Monumental Portraits by Rembrandt; 52 pages; Dutch and English editions. On sale from July in the Rijksmuseum shop for €15.

Rembrandt painted the portraits of Marten Soolmans and Oopjen Coppit in Amsterdam in 1634 when he was twenty-eight. The meticulous rendering of the opulent costumes, the vitality of the figures and the subtle use of light in these paintings place them among his greatest masterpieces. The portraits are also a milestone in Dutch history, marking the rise of the ambitious young Dutch Republic in the Golden Age. The fact that these two citizens of Amsterdam posed for their portraits in regal style, wearing the most magnificent outfits in the latest French fashion, says much about their pride and affluence and about the emergence and pretensions of the young republic. Until then life-sized portraits of people standing were the prerogative of monarchs and the nobility. They were Rembrandt’s first life-sized, full-length painted pendant portraits – and the only ones he would ever make.

The two portraits were purchased jointly by the Netherlands and France for €160 million at the end of January 2016. Thanks to this joint purchase the masterpieces are now in the public domain and can be seen by everyone in the Louvre and the Rijksmuseum in turn.