Two eighteenth-century paintings by Jurriaan Andriessen that were thought lost are now back in the Beuning Room, the period Amsterdam interior on display in the Rijksmuseum. 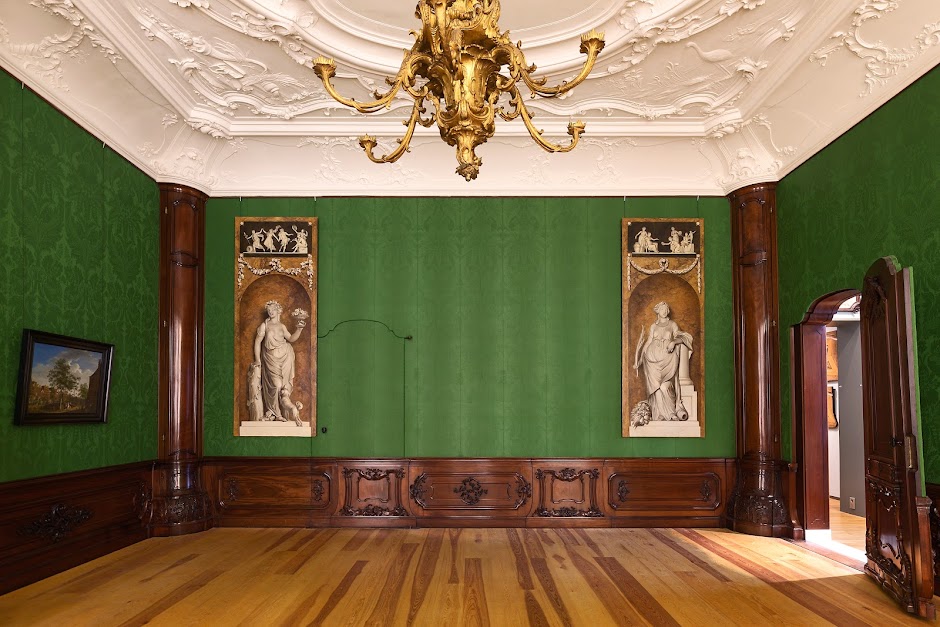 The Beuning Room with the paintings of Peace and Bacchante by Jurriaan Andriessen (1742-1819), oil on canvas, 1786. Acquired with the support of Fonds De Haseth-Möller/Rijksmuseum Fonds

The artist employed a style known as grisaille for both works, which each depict a white marble figure in a bronze-coloured niche. It was long believed that these 'grisailles' were lost in the demolition of the merchant’s house for which they were specially made – until they turned up among a private collection.

The Rijksmuseum presents the rediscovered paintings in their original setting until 4 July, along with Andriessen’s original design drawings and paintings from the canal house.

The entire Beuning Room has been on display in the Rijksmuseum since 2013. It was originally a room in the Amsterdam canal house at 187 Keizersgracht, which was demolished in 1896. The merchant Mathijs Beuning, who inherited the property in 1744, built a new rear annex containing this large reception room with Rococo interior featuring masterfully carved mahogany panelling, a richly ornamented stucco ceiling, a marble hearth and the 1748 overmantel painting by Jacob de Wit.

When the new occupant Jan de Groot took up residence in 1781 he commissioned the renowned painter of wall hangings Jurriaan Andriessen (1742-1819) to decorate the room in accordance with the latest fashion. The room underwent a complete transformation from Rococo to Neoclassical style. The recovered paintings bear witness to Andriessen’s mastery of the trompe-l’oeil-effect. As well as adding these illusive grisailles depicting the female figures Peace and Bacchante, he filled the wall between the wooden panelling and stucco ceiling with landscape wall hangings. Until now, the only one of these late eighteenth-century additions still in place was Andriessen’s overdoor painting. 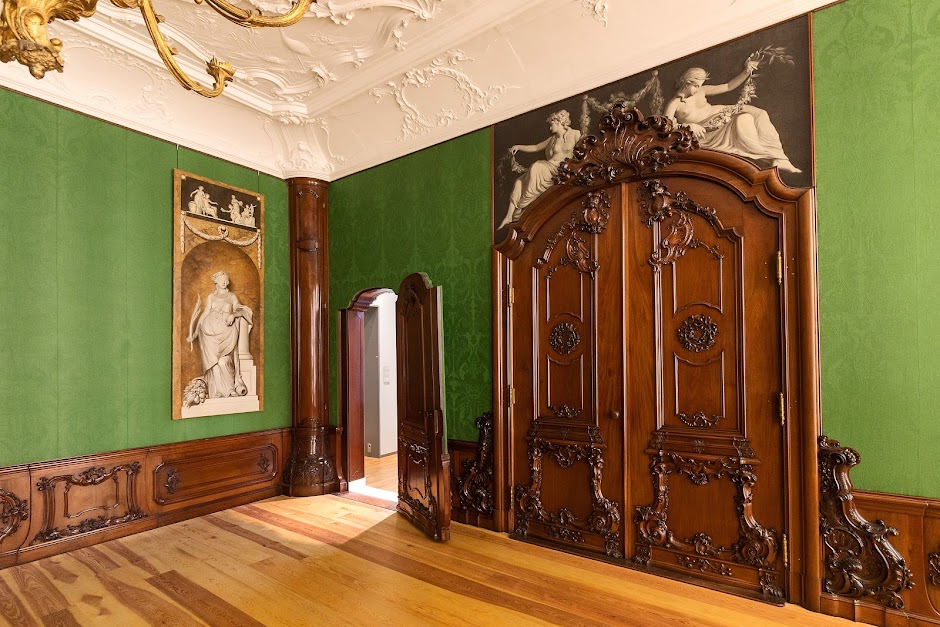 The recovery of eighteenth-century decorative paintings from Amsterdam canal houses is an exceedingly rare event. A combination of changing fashions in interior design and these objects’ unwieldy size led to most being lost at an early stage. It is exceptional, then, that some time ago the Rijksmuseum managed to acquire two such works from a private collection in Milan – they had found their way there by way of Montpellier in France and Pordenone in northern Italy. It was the owner himself who approached the Rijksmuseum: he was intending to move and the grisailles were too tall to fit in his new home.

The presentation Jurriaan Andriessen: Two Long -Lost Paintings Back in the Beuning Room after 230 years is made possible by the Pruikenburg Fonds.

The acquisition of the grisailles was made possible with the support of Fonds De Haseth-Möller/Rijksmuseum Fonds.

The conservation and installation of the Beuning Room was made possible by extra contributions from private benefactors and Patrons of the Rijksmuseum, 2011.

The presentation will also see the publication of a special edition of The Rijksmuseum Bulletin devoted in its entirety to the history of the Beuning Room from 1745 to the present day.