This year is the 450th anniversary of the outbreak of the Eighty Years’ War, and to mark the event the Rijksmuseum is holding an exhibition entitled '80 Years’ War. The Birth of the Netherlands'. From 12 October 2018 to 20 January 2019, satirical cartoons, items of clothing, weapons and paintings by Bruegel, Rubens and Ter Borch will be our ‘eyewitnesses’, telling the story of how the Dutch nation was born.

80 Years’ War. The Birth of the Netherlands

In a contemporary exhibition created by the Flemish stage designer Roel van Berckelaer, the Rijksmuseum will show how the 80 Years’ War changed and shaped the Netherlands, and how this conflict gave the southern Netherlands, now Belgium, a distinct character. 80 Years’ War is the first major exhibition to encompass the entire conflict and place it in its international context. It raises many issues – such as religious freedom, self-determination, terror and persecution – that remain highly topical today.

All Dutch schoolchildren learn about the Eighty Years’ War, which lasted from 1568 to 1648. The conflict began with the Dutch Revolt, led by William of Orange, against Philip II of Spain. Events such as the Great Iconoclasm (beeldenstorm), the Twelve Years’ Truce, the Relief of Leiden and the Battle of Nieuwpoort are all part of the Dutch national memory. But how were these events connected? Why was this war fought? Why is this period still so important to the Netherlands? Nowadays, few people know the answers to these questions. 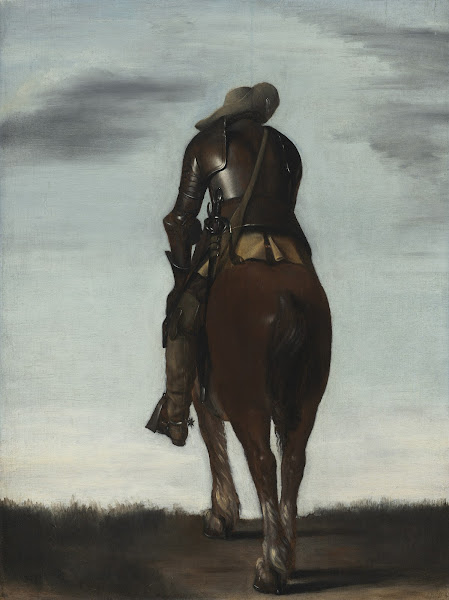 Image based on Gerard ter Borch, Man on Horseback, 1634, Courtesy: Museum of Fine Arts, Boston, Juliana Cheney Edwards CollectionWhat began as a domestic uprising against the established authorities of King and Church grew into a war between two states: the Netherlands and Spain. It was a conflict that had global repercussions. What had once been a single nation split in two, forming what we now know as the Netherlands and Belgium. Once the war was over, the two nations followed very different paths. It was thanks in part to the 80 Years’ War that the northern part, the Netherlands, became a prosperous world power. These developments and their consequences for north and south alike are central to the exhibition, which offers plenty of space for diverse perspectives. The question that echoes throughout the exhibition is this: What is the legacy of this period in today’s world? The Netherlands owes its very existence to this war, and the revolt that sparked it was driven by core values and ideas about tolerance, protest, self-determination and freedom – none of which have lost their relevance.

80 Years’ War presents 200 artworks and objects that each played a role in the conflict. They were ‘eyewitnesses’ to what took place. Visitors to the exhibition will see propaganda, triumphalist artworks, victims of the Great Iconoclasm, cultural expressions of victory and defeat, and moving personal recollections. The artworks on display include paintings by Bruegel, Rubens and Ter Borch, depictions of William of Orange and Admiral Piet Hein, large tapestries depicting battles and sieges, weapons and important historical documents such as the treaties the Pacification of Ghent and the 1648 Peace of Münster, which brought the war to an end at last.

The seven-part NTR television series 80 Jaar Oorlog (80 Years’ War) starts on 28 September 2018, telling the stories to be found throughout the Netherlands and beyond its borders. Presenter Hans Goedkoop and guest experts will survey the battlefield, from Groningen in the north to Brussels in the south and from Den Briel in the West to Groenlo in the West. From 30 September, NTR will also be broadcasting Welkom in de 80-jarige Oorlog (Welcome to the 80 Years’ War), a weekly historical comedy series in which central figures from the conflict, including William of Orange and Philip II of Spain, are interviewed by chat show host Dorine Goudsmit, played by Plien van Bennekom. 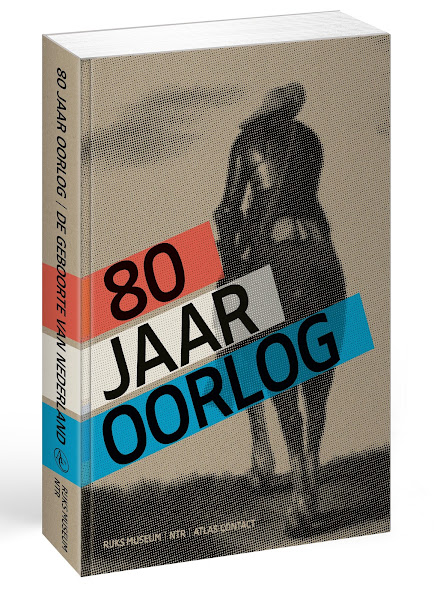 The Rijksmuseum, NTR and Uitgeverij Atlas Contact have joined forces for the richly illustrated book 80 Years’ War. The Birth of the Netherlands in which author Gijs van der Ham, senior curator of history at the Rijksmuseum, uses artworks and objects from the exhibition to trace the course of the war. This narrative is interspersed with personal stories from the NTR television series that forge a link to the present day, alongside essays by Judith Pollmann, Peter Vandermeersch and others. Available from 2018 in the Rijksmuseum shop, online at https://www.rijksmuseumshop.nl/en/80-jaar-oorlog-de-geboorte-van-nederland and in bookshops.

Throughout the year, various activities will be taking place around the Netherlands focusing on the 80 Years’ War. Information about all these activities can be found at 80jaaroorlog.nl, the website developed by NTR and the Rijksmuseum in collaboration with Dordrechts Museum, the National Military Museum en Prinsenhof. The website takes the form of an interactive map with historical locations and ongoing exhibitions and events. Visitors will find all the information they need to find the 80 Years’ War events, whether nearby or around the country.

Extra activities connected to the exhibition

This autumn, secondary school and college students will be able to join two guided tours and watch the play De vergeten zoon van Willem van Oranje (The forgotten son of William of Orange), performed by Tafel van Vijf theatre company. This programme forms a complement to the school curriculum. The Rijksmuseum is also working with Instituto Cervantes, Amerpodia and other organisations on a programme of debates, films and lectures that connect historical and topical themes. Further information will be published on the website as it becomes available.

The exhibition 80 Years’ War. The Birth of the Netherlands has been made possible by the Mondriaan Fund and the Ministry of Education, Culture and Science.