Learn more about the renovation of the Rijksmuseum.

The future of the Rijksmuseum

A first impression is often the most telling one. You start every journey with a first step and you never forget your first kiss. Each year, the Rijksmuseum creates first impressions for hundreds of thousands of people: they get a first impression of the museum as they stare a real Rembrandt ‘in the eye’ and get a taste of history. But it does not end there. In this day and age, in our quickly-changing society, that is quite an important task. As the museum was renovated, it was, so to speak, also being reinvented. The revamped museum is completely in step with the 21st century. The Rijksmuseum continues to dazzle art and history lovers, develops educational programmes and plays a role in society. In addition to displaying the collection superbly, the Rijksmuseum continues to undergo changes. Art and history are not merely a thing of the past and the Rijksmuseum is a modern museum - a museum where unique events take place, non-stop.

Wim Pijbes, General-Director of the Rijksmuseum 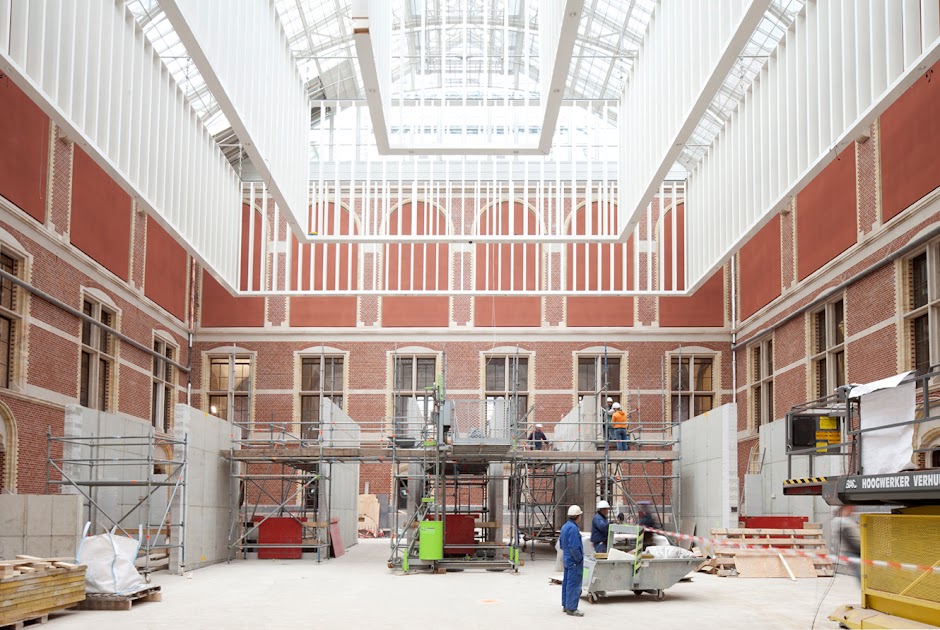 A museum and a building

The Rijksmuseum has been a working museum for more than 125 years. The current building, which was designed by the architect Pierre Cuypers, was opened in 1885. To those approaching from the direction of the old town, the museum looks impressive and somewhat severe. From the Museumplein, however, it looks more like a fairytale castle. After more than a century of intensive use, this huge building needed a radical makeover. In the year 2000, the government of the day gave the go-ahead. After a lengthy period of preparation, work finally started in 2004. The main building was handed over in 2012, and work began on preparing for the opening. Following its refit, this internationally renowned museum is now fully compliant with the requirements of our modern age.

The architects had the following challenge: strip the building of its later additions, ensure that it is once again a coherent whole and restore Cuypers’ clear layout. The design combines the grandeur that defines the Rijksmuseum, plus facilities such as a museum café, a shop and, to preserve the art, climate-control and security features which are completely in line with today’s requirements. In April 2013, visitors set foot not in a renovated museum, but in a completely new museum.

The head architects for the renovation are Antonio Cruz and Antonio Ortiz from Sevilla, Spain. Cruz y Ortiz were chosen by a committee chaired by the chief government architect for their purist view of architecture and their excellent solutions to the architectural and logistic challenges involved in this project. According to their design, the two inner courtyards which were added in the post-war years will be broken open, creating a two-part Atrium linked by the passageway.

The Asian Pavilion, where the small but beautiful Asiatic collection of the Rijksmuseum will be housed, is also new. The Pavilion, which can be clearly seen from Museumstraat, is surrounded by water. The natural-stone and glass façade contrasts with the red bricks of the main building. In the garden, opposite the Pavilion, are the Cuypers Villa and the Teekenschool. Between these, Cruz y Ortiz placed a small new building – the new service entrance, offering access to the museum via an underground passage. 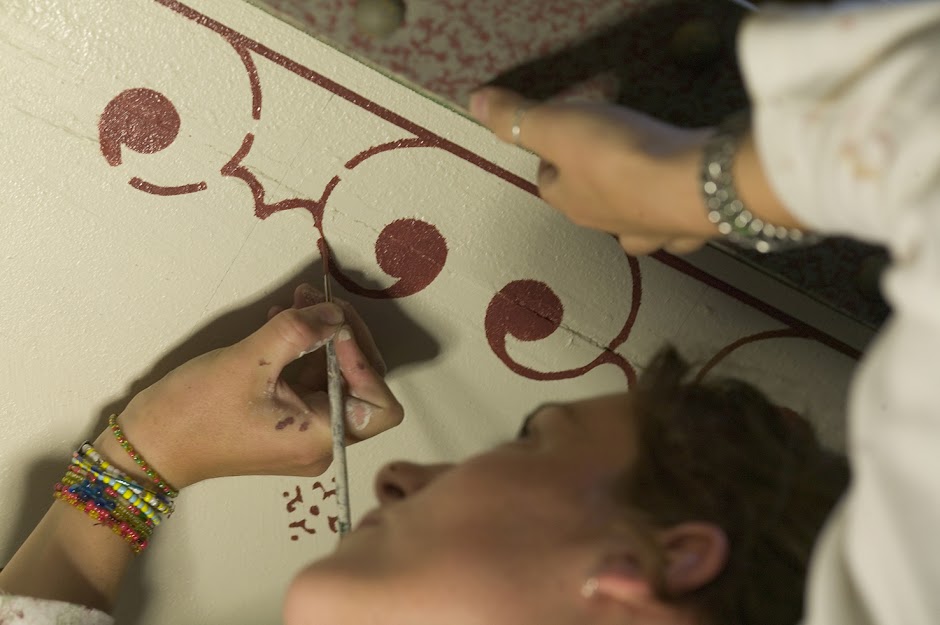 Pierre Cuypers’ 1885 masterpiece is a monument as well as a museum building. The motto is therefore ‘continue with Cuypers‘. Cuypers‘ clear layout was restored wherever possible. The monumental ornaments also returned to the Gallery of Honour, the Front Hall, the Night Watch Gallery and the stairwells. Cuypers‘ hallmark is best preserved in the library where the original design and ornaments have largely been maintained.

Only the Night Watch by Rembrandt van Rijn remains in its old position, at the centre of the building. The new Rijksmuseum offers visitors an overview of art and history from the late Middle Ages to the present day. Paintings, images, historical objects and applied arts are displayed together in context, offering a comprehensive image of art and culture, with – as can only be expected – particular attention paid to the highlights of the story of the Netherlands. The museum has chosen the motto ‘a feel for beauty, a sense of time‘ for this new setting.

When viewing the Netherlands, it is essential to do so in an international context. The Dutch have travelled far and wide to explore all corners of the world and in the course of the centuries, many people have come to the Netherlands from elsewhere. The Netherlands has always been a crossroads and that is also evident in the new layout. In a wing fitted out specially for the purpose, the Rijksmuseum displays its Special Collections. Large sub-collections are on display here, including porcelain, silver, jewellery, glass and ceramics, in staggering numbers, as well as both simple and elaborately decorated weapons and an exciting collection of model ships. The Teekenschool (Drawing School) houses a multidisciplinary educational centre where young visitors, inspired by the Rijksmuseum’s collection, can use various forms of art to further hone their creative talents.

Paris museological designer Wilmotte, famous for the interior of Musée du Louvre, among others, was asked to furnish the Rijksmuseum galleries. Wilmotte has designed display cases, ornament lighting and plinths which fit in naturally with the old building. In consultation with Cruz y Ortiz, Wilmotte also determines the interior colour scheme, in which he was inspired by the Cuypers’ palette. Wilmotte ensures the past and present come together in a unique manner in the Rijksmuseum’s architecture. 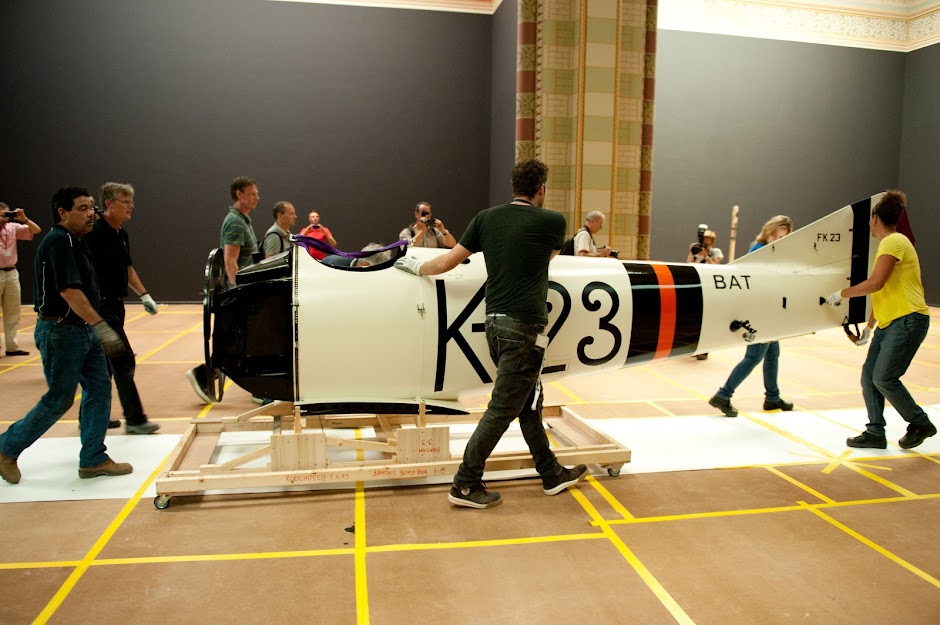