The Rijksmuseum first opened its doors in 1800 under the name ‘Nationale Kunstgalerij’. At the time, it was housed in Huis ten Bosch in The Hague. The collection mainly comprised paintings and historical objects. In 1808, the museum moved to the new capital city of Amsterdam, where it was based in the Royal Palace on Dam Square.

After King Willem I’s accession to the throne, the paintings and national print collection were moved to the Trippenhuis on Kloveniersburgwal, while the other objects were returned to The Hague. The current building was put into use in 1885. The Netherlands Museum for History and Art based in The Hague moved into the same premises, forming what would later become the departments of Dutch History and Sculpture & Applied Art.

On 19 November 1798, more than three years after the birth of the Batavian Republic, the government decided to honour a suggestion put forward by Isaac Gogel by following the French example of setting up a national museum. The museum initially housed the remains of the viceregal collections and a variety of objects originating from state institutions. When the Nationale Kunstgalerij first opened its doors on 31 May 1800, it had more than 200 paintings and historical objects on display. In the years that followed, Gogel and the first director, C.S. Roos, made countless acquisitions. Their first purchase, The Swan by Jan Asselijn, cost 100 Dutch guilders and is still one of the Rijksmuseum’s top pieces. 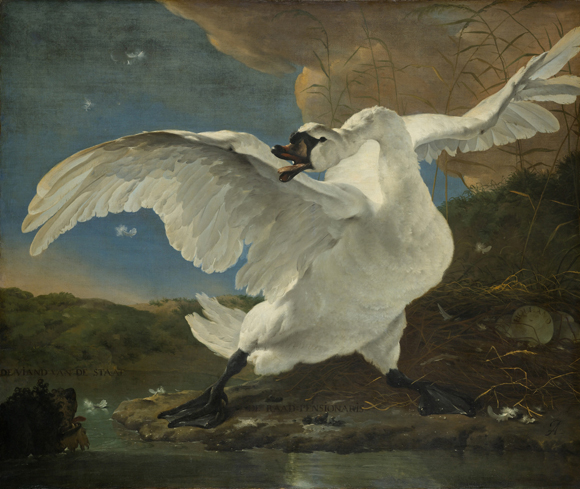 In 1808, the new King Louis Napoleon ordered the collections to be moved to Amsterdam, which was to be made the capital of the Kingdom of Holland. The works of art and objects were taken to the Royal Palace on Dam Square, the former city hall of Amsterdam, where they were united with the city’s foremost paintings, including the Night Watch by Rembrandt. In 1809, the Koninklijk Museum opened its doors on the top floor of the palace.

A few years after Willem I returned to the Netherlands as the new king in 1813, the ‘Rijks Museum’ and the national print collection from The Hague relocated to the Trippenhuis, a 17th-century town-palace on Kloveniersburgwal, home to what would later become the Royal Netherlands Academy of Arts and Sciences. Much to the regret of the director, Cornelis Apostool, in 1820 many objects including pieces of great historical interest were assigned to the Kabinet van Zeldzaamheden [Royal Gallery of Rare Objects], which had been founded in The Hague. In 1838, a separate museum for modern 19th-century art was established in Paviljoen Welgelegen in Haarlem. Contrary to the days of Louis Napoleon, very few large acquisitions were made during this period. 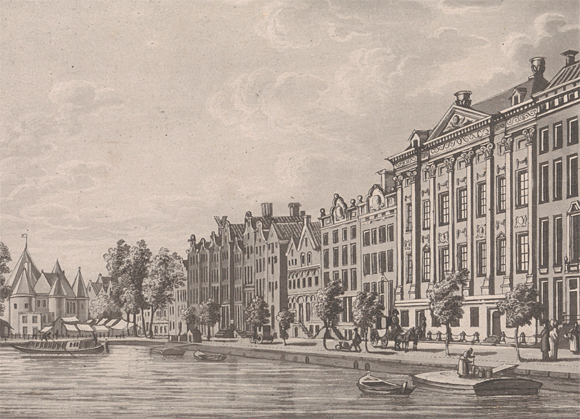 The Trippenhuis proved unsuitable as a museum. Furthermore, many people thought it time to establish a dedicated national museum building in the Netherlands. Work on a new building did not commence until 1876, after many years of debate. The architect, Pierre Cuypers, had drawn up a historic design for the Rijksmuseum, which combined the Gothic and the Renaissance styles. The design was not generally well-received; people considered it too mediaeval and not Dutch enough. The official opening took place in 1885.

Nearly all the older paintings belonging to the City of Amsterdam were hung in the Rijksmuseum alongside paintings and prints from the Trippenhuis, including paintings such as Rembrandt’s Jewish Bride, which had been bequeathed to the city by the banker A. van der Hoop. The collection of 19th-century art from Haarlem was also added to the museum’s collection. Finally, a significant part of the Kabinet van Zeldzaamheden, which had by then been incorporated into the new Netherlands Museum for History and Art, was returned to Amsterdam. 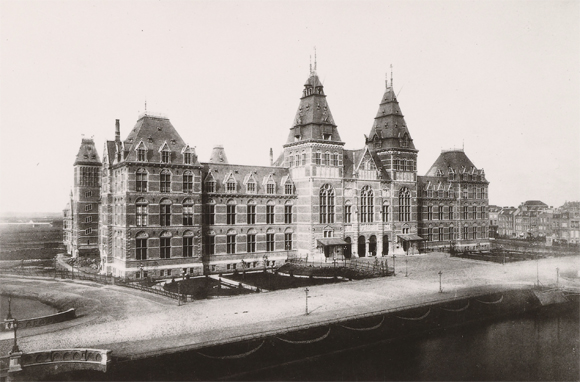 Over the years, collections continued to grow and museum insight continued to expand, and so the Rijksmuseum building underwent many changes. Rooms were added to the south-west side of the building between 1904 and 1916 (now the Philips wing) to house the collection of 19th-century paintings donated to the museum by Mr and Mrs Drucker-Fraser. In the 1950s and 1960s, the two original courtyards were covered and renovated to create more rooms.

In 1927, while Schmidt-Degener was Managing Director, the Netherlands Museum was split to form the departments of Dutch History and Sculpture & Applied Art. These departments were moved to separate parts of the building after 1945. The arrival of a collection donated by the Association of Friends of Asian Art in the 1950s resulted in the creation of the Asian Art department.

The 1970s saw record numbers of visitors of almost one-and-a-half million per year, and the building gradually started to fall short of modern requirements.

The most recent renovation reinstated the original Cuypers structure. The building work in the courtyards were removed. Paintings, applied art and history are no longer displayed in separate parts of the building, but form a single chronological circuit that tells the story of Dutch art and history.

The building was thoroughly modernized, while at the same time restoring more of Cuypers original interior designs: the Rijksmuseum has dubbed the venture ‘Verder met Cuypers‘ [Continuing with Cuypers]. The Rijksmuseum is now a dazzling new museum able to satisfy the needs of its 21st-century visitors!