The chemical elements of The Night Watch were mapped in the first research stage. This led to the discovery that Rembrandt first painted feathers in the picture but later removed them. This provides a valuable insight into his thinking. But the element maps also give an insight into his working method by revealing that he used pigments containing arsenic, which until then had only been used for still lifes. So Rembrandt was a trailblazer by using arsenous pigments for portraiture.

Maps of all the chemical elements 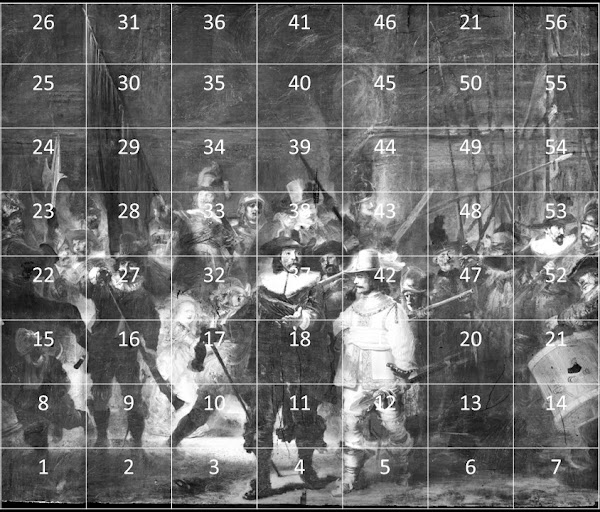 macro-XRF-scansA total of 56 scans were made with the macro-XRF scanner in order to produce various maps of the chemical elements. These were then digitally spliced together. As a result we can now see which chemical elements are present in the entire painting, and where they are. They include lead, iron and calcium. There is a black-and-white image of each element. The paler or whiter the image the greater the amount of that element. The darker it is the less of it there is.

The discovery of the feathers

An important discovery was made after The Night Watch had been fully scanned. The iron scan revealed feathers on the helmet of one of the background figures. Those feathers were not visible to the naked eye, nor even in X-radiographs made in the 1970s. Rembrandt eventually painted them out, but this scan showed that they had been there all the same.

Another remarkable discovery is that Rembrandt used a pigment containing toxic arsenic. He used it, for instance, to depict gold embroidery. This was innovative. Arsenous pigments were mainly used for fruit and flowers in Dutch still lifes at that time. Rembrandt innovated their use for portraiture. This was another new insight into his working method. 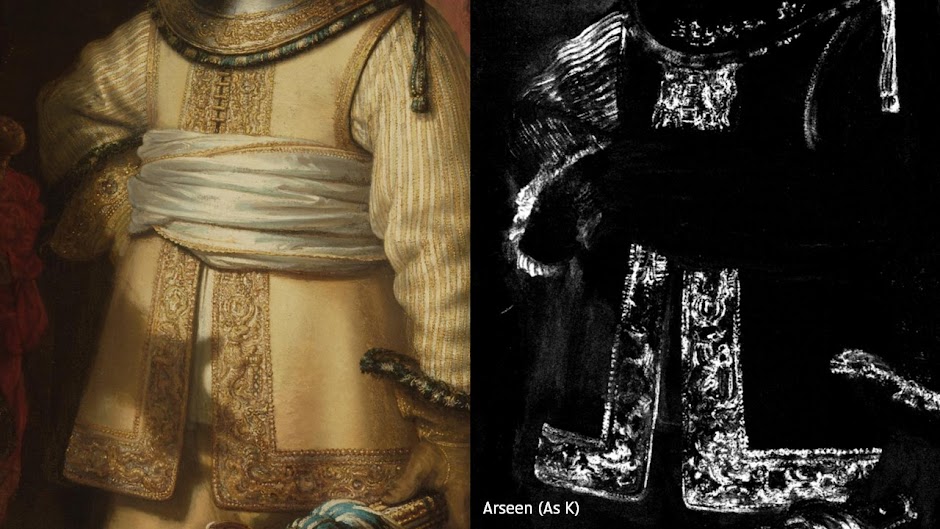