Paul van Vianen’s greatest masterpiece is now on display in the Rijksmuseum. This solid gold cup is regarded as the most important of all the treasures ever to belong to the Dutch royal family. It was made in 1610 by the most famous gold- and silversmith in the history of the Netherlands.

Book your tickets with online discount

Taco Dibbits, director of the Rijksmuseum: Paul van Vianen is to gold- and silversmithing what Rembrandt is to painting. It is wonderful that the Wessels family has made it possible for everyone to see this gold treasure, and this marks the fulfilment of a long-cherished dream of the Rijksmuseum.

From the very beginning this cup was the undisputed star of royal collections. It was made in 1610 for Heinrich Julius, sovereign prince of Wolfenbüttel. After his death his daughter inherited the cup, through whom it came into the possession of the Orange-Nassau family. It is regarded as the most important of all the treasures ever to belong to the Dutch royal family. Since 1881 it has been part of a German private collection. In view of its origin, last year the cup has been offered to the Rijksmuseum. The Wessels family was willing to buy the cup and place it on long-term loan to the Rijksmuseum. 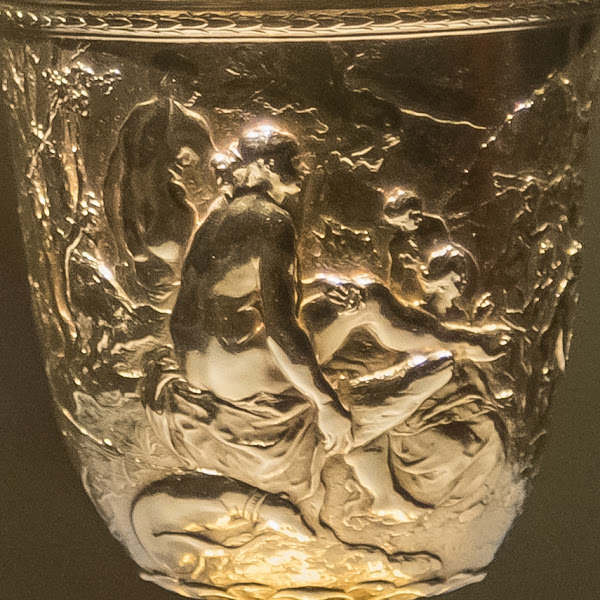 The lid of the cup shows gods enacting a line from a play by Terence, which asserts that, in order to thrive, love (Venus) must have food (Ceres) and wine (Bacchus). The scene on the body of the cup depicts a poem by Ovid in which Actaeon goes hunting and unwittingly chances upon the goddess Diana as she bathes accompanied by her nymphs. He is unable to avert his eyes, and she punishes him for this. The hunter is transformed into a stag and is subsequently murdered by his friends. Juxtaposed in this way, the two stories form a guide for love: love can flourish only if there is sufficient food and drink, and merciless punishment awaits those, like Actaeon, who yield to temptation.

Paul van Vianen was the most important scion of a famous family of silversmiths from Utrecht, and he enjoyed star status in his lifetime. Subsequent generations of silversmiths looked to him as their primary source of inspiration, and artists collected his original works or copies of them. Rembrandt was among the artists who owned plaster casts of objects made by him. Van Vianen ventured out into the great wide world at the age of 16, and he worked at several famous Central European courts before ultimately joining the Prague Royal Court of the Holy Roman Emperor Rudolph II, which he continued to serve until his death in May 1613.

Paul van Vianen in the Rijksmuseum 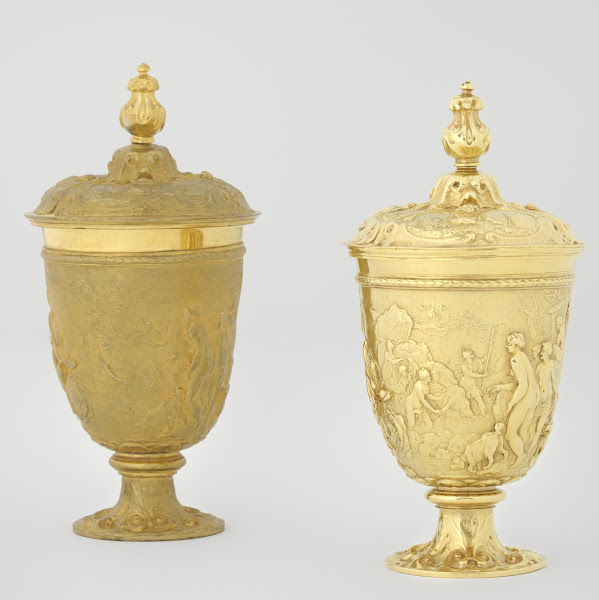 Left the replica and right the originalAs the only famous work by Paul van Vianen still in private hands, the gold cup has been high on the Rijksmuseum’s wish list since the 19th century. It was assumed, however, that this masterpiece would never be added to a public collection, and for this reason in 1881 the Rijksmuseum had a replica made in gilt copper. The Rijksmuseum collection includes a number of other works by Paul van Vianen, namely sketches, drawings, plaques and reliefs, as well as two silver objects: a drinking vessel from 1607, and an ewer and basin from 1613. The gold cup Van Vianen made in 1610 can now be added to this list, and is on display for all to see and admire.

In this publication, curator Dirk Jan Biemond illustrates the options the virtuoso silversmith Van Vianen employed to turn stories into visual representations and how these options differed from those available to the painter and the sculptor. In the process, it becomes clear why Paulus van Vianen enjoyed absolute star status in his lifetime.

Available in the webshop

Since the founding of the Rijksmuseum in 1800 as the Nationale Kunstgalerij, the collection has for a large part comprised private and national collections. To this day, the continued existence of the Rijksmuseum depends on gifts and bequests from private individuals, funds, trusts and foundations, government, and businesses. They enable the Rijksmuseum to carry on connecting people, art and history. The Rijksmuseum is grateful for all forms of support. 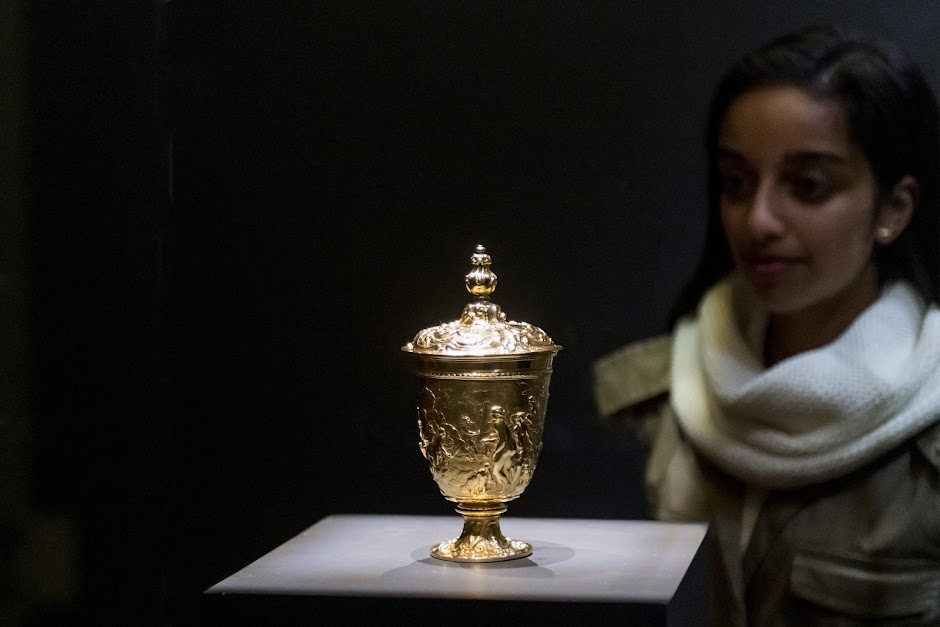 More on the Royal treasure