The Rijksmuseum has launched a cookbook in which fifty typically Dutch ingredients, from potatoes to seaweed, form the basis of 130 dishes. There are stories and traditional recipes, and fifty top chefs and master patissiers from all over the country have been inspired to create their own dishes. Nine hundred illustrations from the Rijksmuseum’s collection provide a colourful historical culinary backdrop.

The ABC of Dutch cooking in 130 recipes and 900 illustrations 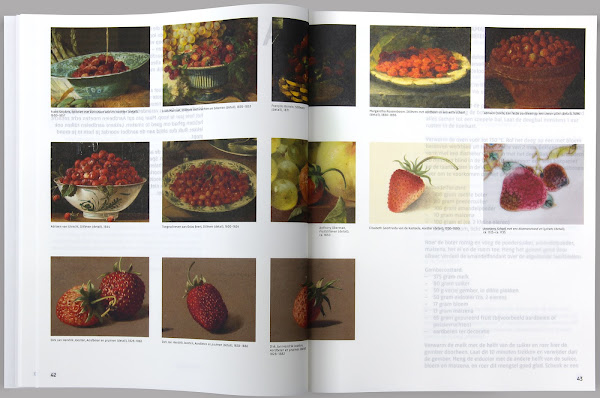 The Rijksmuseum asked Jonah Freud, cookery journalist and owner of De Kookboekenhandel in Amsterdam, to compile the Rijksmuseum Cookbook. She collected original and modern dishes based on one or more of the fifty ingredients that define Dutch cooking. She invited fifty Dutch cooks and patissiers to create their own recipes inspired by one of the ingredients. The contributors included celebrities such as Robert Kranenborg and Jonnie Boer, as well as young, up-and-coming chefs like Jim de Jong and Benny Blisto. RIJKS® chef Joris Bijdendijk chose a fish recipe based on mullet.

Irma Boom designed the cookbook. She had it printed on a type of paper that looks like baking paper which he devised herself. Objects from the Rijksmuseum’s collection that attest to the Netherlands’ rich culinary history and the prominent role of eating and drinking in art are the basis for the more than 900 illustrations. From fruit, dairy produce and fish in still lifes to cutlery, dinnerware and kitchens from the famous dolls’ houses, the history of Dutch cooking is spread out before the reader, so that people who love cooking and people who love art see dishes they have known for years in a completely new way.