The Rijksmuseum has purchased a large canvas by the 17th-century painter Jan Asselijn at The European Fine Art Fair (TEFAF) in Maastricht.

The painting shows the breach of the St. Anthony’s Dike (now the Zeeburger Dike) in Amsterdam, which resulted from the St. Peter’s Flood of 1651. The purchase was made possible with the support of the Scato Gockinga Fund / Rijksmuseum Fund, the Turing Foundation and an anonymous donor. To celebrate its 10-year role as a main sponsor of the Rijksmuseum, ING also contributed to the acquisition.

Jan Asselijn (c.1610-1652), who personally witnessed the flood in Amsterdam in 1651, recorded the breach of the dam in both a journalistic and a dramatic sense.

“In one fell swoop, he highlights the situation that we Dutch have always lived with—and still do: namely, that we’re under sea level. Asselijn depicted a current event, in a very dramatic way.” General Director Wim Pijbes

The painting was for centuries in the possession of a French family. After being researched by art historian Jeroen Giltaij and recently restored, it was offered at this year’s TEFAF by the art dealer Bob Haboldt.

Already in the collection of the Rijksmuseum is the well-known painting by Jan Asselijn, The Threatened Swan of 1650. That painting was the first acquisition made by the Nationale Kunstgalerij in 1800, the forerunner of the Rijksmuseum. 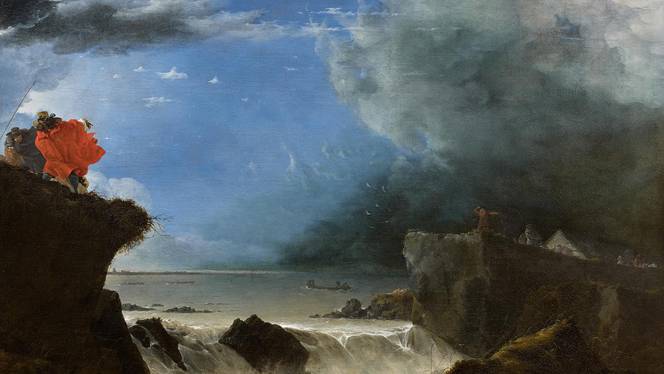 Unfortunately, high res images are not available at the moment.