John and Marine Fentener van Vlissingen have brought together an impressive collection of landscape drawings by Dutch and Flemish artists during fifty years of collecting. The Rijksmuseum is presenting an extensive selection of 115 masterpieces from this collection. The drawings range from Amsterdam and Utrecht to popular destinations for artists such as Italy, France and England and to exotic locations such as North and South Africa. Highlights include the Amsterdam landscapes of Rembrandt (1606-1669) and Jacob van Ruisdael (1628/29-1682). The Home and Abroad exhibition can be seen from 5 June to 21 September 2015 in the Philips Wing of the Rijksmuseum. 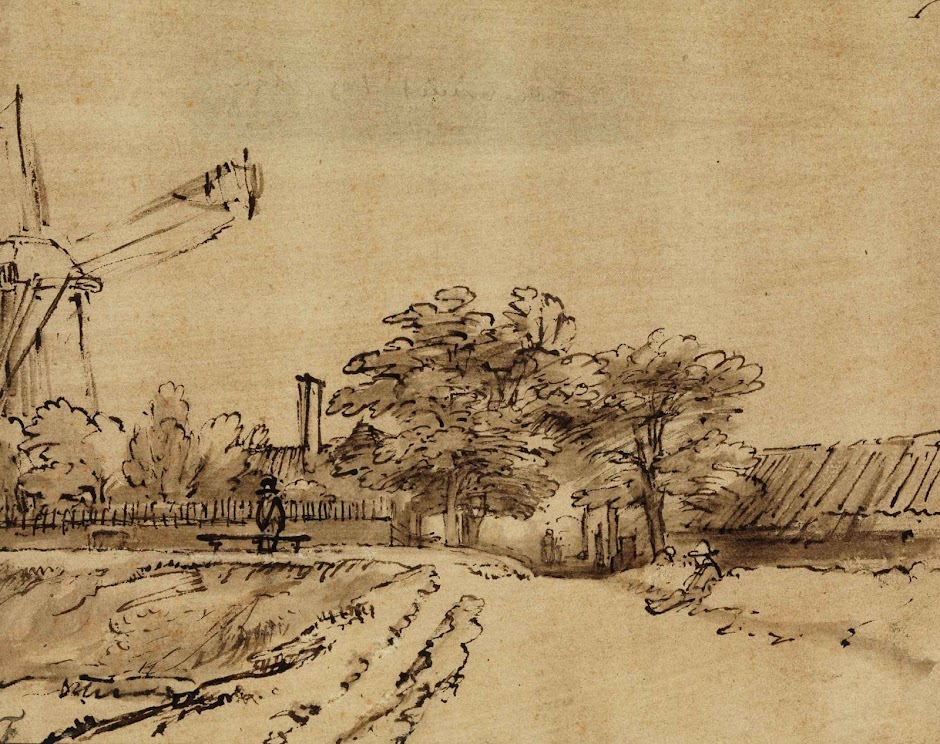 Dutch artists have always had a reputation for being avid travellers. Under sometimes difficult conditions, they travelled on horseback, rattling stagecoaches, towing barges or on foot through the Netherlands, to Italy, Germany, England and/or France during the 16th, 17th and 18th centuries.
A few even dared to travel to more exotic places, such as Malta or North Africa. Both while under way and once at their destination, they fanatically recorded the landscape in their drawings. For those who did not have the money, inclination or the courage to embark on such a venture, the work of other artists or their own imagination offered the solution. Dutch artists discovered the landscape as it was and depicted it in their sober realistic imagery. For the first time, rather than the landscape forming the backdrop to a biblical or mythological scene, artists regarded the landscape as a subject in itself.

Although he probably never left the Netherlands, Rembrandt also ventured out and frequently drew his surroundings, particulaly the area around Amsterdam. When he was in his forties in particular, Rembrandt became captivated by the everyday Dutch landscape, producing, for instance, the drawing on display here, the Rampart by the Bulwark beside the St. Anthonispoort in Amsterdam, It shows a view with a windmill and a man on a bench, which was just a few minutes walk from his home. Such views of Amsterdam were also a popular theme for collectors. The Bulwark beside the St. Anthonispoort in Amsterdam, for example, once belonged to one of the very first drawing collectors, the father of one of his pupils. Other highlights of the exhibition include the spectacularly coloured landscapes by Gerrit Battem (ca. 1636-1684), panoramas by Willem van de Velde the Elder (1611-1693) and Willem Schellinks (1627-1678), a woodland scene by Lucas van Uden (1595 - ca. 1672) and the monumental sheets showing Italian ruins by Josephus August Knip (1777-1847). A group of drawings of views in and around Utrecht from the famous Atlas Munnicks van Cleeff is also on display.

The exhibition is accompanied by a catalogue entitled Home and Abroad: Dutch and Flemish Landscape Drawings from the John and Marine van Vlissingen Art Foundation
Edited by: Jane Shoaf Turner and Robert-Jan te Rijdt
With further contributions from Marleen Ram, Marijn Schapelhouman, Annemarie Stefes, Maud van Suylen, Hans Verbeek and Gerdien Wuestman. For sale in the Rijksmuseum shop and on www.rijksmuseum.nl