For the first time the Rijksmuseum presents a large selection of its diverse fashion collection in an exhibition designed by world-renowned Dutch photographer Erwin Olaf. 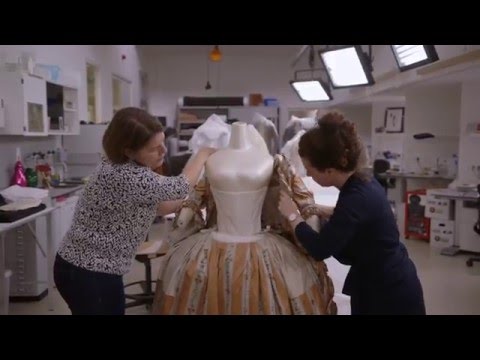 From February 20 through May 22 2016, six galleries of the Philips Wing will be dedicated to fashion of the Dutch from 1625 to 1960. Starting with garments worn by members of the Frisian branch of the house of Nassau in the Golden Age, the exhibits will feature vibrantly coloured French silk gowns and luxurious velvet gentlemen’s suits of the eighteenth century, classically-inspired Empire dresses and bustles of the Fin de Siècle culminating in twentieth-century French haute couture by Dior and Yves Saint Laurent. 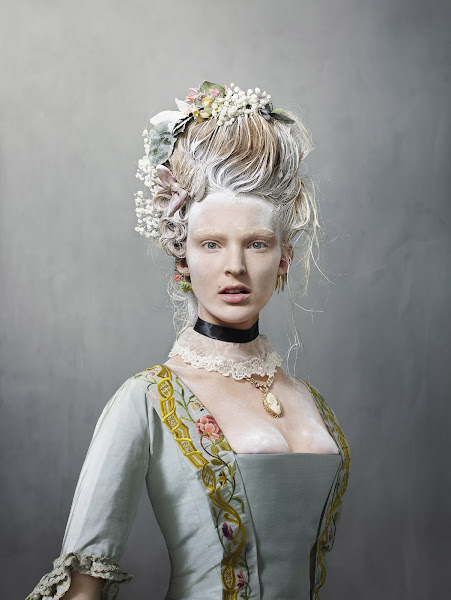 Photo: Erwin Olaf | Model: Ymre Stiekema | Wedding dress (1759)Rijksmuseum Curator of Costumes Bianca du Mortier explains, The garments presented in this exhibition reflect the stories of the people who wore them. In fashion, the choices of the wearer count – they make him or her a trendsetter or a follower. Even today the clothes of the very rich and powerful always convey a conscious or unconscious message. In that respect, nothing has changed over the last 330 years. These choices are restricted by such factors as budget, opportunity, age, social status, climate, personal likes and dislikes and so forth. And when presented in a museum, there is a final selection: the selection of the Rijksmuseum.

The exhibition is being designed by world-renowned Dutch photographer Erwin Olaf.

According to Erwin Olaf, The challenge and honour of designing this exhibition, Catwalk, for the most extraordinary museum in the Netherlands came at exactly the right moment for me. For several years now I’ve been exploring alternative ways to present my photographic work and to integrate it in installations, sound, video and films as means to immerse viewers in a world that fires and challenges their personal imaginations and, ultimately, sparks a stimulating dialogue between the viewer and the work on view.

A few highlights of Catwalk:

The Rijksmuseum’s fashion collection totals some 10,000 items , with men’s, women’s and children’s attire and accessories spanning the period from 1700 until 1960. In addition, the History Department owns the earliest Dutch costumes, worn in the seventeenth century by the Frisian branch of the Nassau family and by the Stadtholder and King William III. Being the oldest costumes collection in the country, having begun in 1870, acquisitions initially emphasized on the eighteenth and nineteenth centuries, but over time gradually expanded to include the first half of the twentieth century. All of the garments comes from the wardrobes of upper-class Dutch men and women, but they were not necessarily made in the Netherlands. Foreign fashion houses and fabrics from all the leading textile-manufacturing countries around the world are amply represented. Acquisitions for the collection are based on historical significance, such as a post-war dress made of silk RAF pilots maps; design relevance, such as Yves Saint Laurent’s 1965 ‘Mondrian dress’; and costume-historical importance, such as a silk taffeta cocktail gown by Cristóbal Balenciaga (1951-1952). Most items were donated or bequethed, supplemented with purchases.

To coincide with the exhibition, the Rijksmuseum is publishing a richly illustrated ‘Collection Book’ – Costume & Fashion, authored by Curator of Costumes Bianca du Mortier and with contributions from the museum’s textile restorers, fellow conservators and a specialized colour analyst. The photography is by Rijksmuseum photographer Carola Van Wijk in collaboration with Frans Pegt. Various activities will be organized in conjunction with the exhibition, including a series of lectures by the catalogue’s authors and external experts.

Catwalk. Fashion at the Rijksmuseum
20 February through 22 May 2016